At an early age, Kevin Hart developed his passion for architecture, growing up and living in Southeast Michigan.

The works of Saarinen, Yamasaki and Wallace Frost provided valuable insight to the importance of placemaking, harmony and subtle detail. He studied architecture at the University of Notre Dame, where he balanced the rigorous demands of the Beaux Arts tradition with the pressures of college football. His teams compiled three post-season bowl victories from 1975 through 1979, including a national championship in the 1977 Cotton Bowl. (Kevin’s father, Leon Hart, was the 1949 Heisman Trophy Award Winner and a 3 time NFL All Pro Player for the Detroit Lions World Champion Teams.) Kevin’s thesis work at Notre Dame studied an Environic riverfront development in the city of Detroit ending with his degree in Architectural Engineering in May of 1980. He became a member of the American Institute of Architects (AIA) in 1992 and was elected as a fellow of Great Britain’s Royal Society for the Advancement of Arts & Sciences (RSA) in 2007.

Kevin Hart has worked in the construction industry for over 41 years and as an engineer, designer and construction manager, his firm has designed and coordinated the construction of several key residential, educational, commercial industrial and institutional projects in the region. Kevin has directed a team of talented engineers, architects and designers. While devoted to historic preservation and more traditional architectural themes, the firm has performed exceptionally well in the contemporary field. Under his direction, the firm has garnered 46 design awards throughout the country. 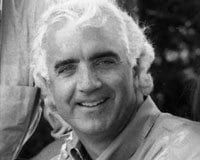 The Humane Society of Tampa Bay

Architectural, civil, electrical and mechanical engineering for the design and construction documentation of the 50,000 square foot facility. The building features an open mezzanine overlooking a grand concourse within the building. A five star restaurant opens out to an inviting exterior garden court. The contemporary glass steel and stone building cost $13,500,000.

Soaring open web steel rafters celebrate the dramatic vaulted structure with low energy lighting and natural lighting captured throughout the building. Produce from all over the country is displayed beautifully with wide aisles and easy access to freshly prepared meals. Project cost $8,500,000.

European styling state-of-the-art equipment is the back bone of this Italian motorcycle dealership. Led lighting and full height glass fenestration provides drama to the interior geometry of the exposed steel structure. A high speed dynamometer is housed within a sound proof wall casing inside the showroom area allowing precision tuning of the Ducati equipment at ultra high speeds. Construction Cost: $4,080,000.

Interior finishes and work station layout were selected by our firm along with a comprehensive exterior design theme repurposing the existing three story building. Over 120,000 square feet of office and computer room facilities were effectively planned. Renovation cost: $8,180,000.

Space planning, industrial building addition and renovation design, clean room and microchip assembly factory design and executive building design at the company headquarters. Responsible for over one million square feet of industrial operations at the expressway site in Richardson, Texas.

Planning and engineering director responsible for a team of planners, engineers, maintenance and construction professionals to head up the establishment of the new building complex in Colorado.

Engineering manager for the site preparation of the new Chrysler site on the riverfront. Responsible for the preservation of key infrastructure elements and mass demolition of the site.

Engineering manager for the design and construction of the $85,000,000 facility.

Architect and construction manager for the school stadium renovation, health and fitness facility and the village campus building renovation.

Engineer, architect and construction manager for the new activities center wing and the science wing.

Architect and engineer for the new 12,000 square foot, $3.4 million facility.

Architect for the Corporate Health and Fitness Facility inside the factory compound.

Engineer and architect for the new 13,000 square foot atrium office building. The construction cost was $2.6 million.

Engineer and architect for the planning, design and current construction coordination of the 23,000 square foot facility adjacent to the historic church building in downtown Northville. Incorporates traditional design elements in a state of the art retail and office setting. Work has included civil engineering, structural engineering, mechanical engineering and electrical engineering. Design work has been nominated for several design awards.

Engineer, architect, interior designer and planning consultant for the construction of the new $3.5 million terminal building at the corporate headquarters. The new office building was designed in the “prairie school” tradition.

Architect for the remodeling and renovation of the church fellowship hall and the elementary school building.

Architectural, civil, electrical, mechanical and structural engineer for the design and construction coordination of the new 13,000 square foot state of the art veterinary clinic. The construction cost for the facility was $3.2 million.

Architectural, civil, electrical, mechanical and structural engineering for the design and construction of the five-story office building in Royal Oak, Michigan. The construction cost for the 25,000 square foot building was $9.7 million.

Architectural, structural and electrical engineering for the exterior and interior renovation of the old T.A.G.S. building in the heart of downtown Northville. The 61,000 square foot building has a construction budget of $4.0 million.